Standing on "Staring at the Sea" 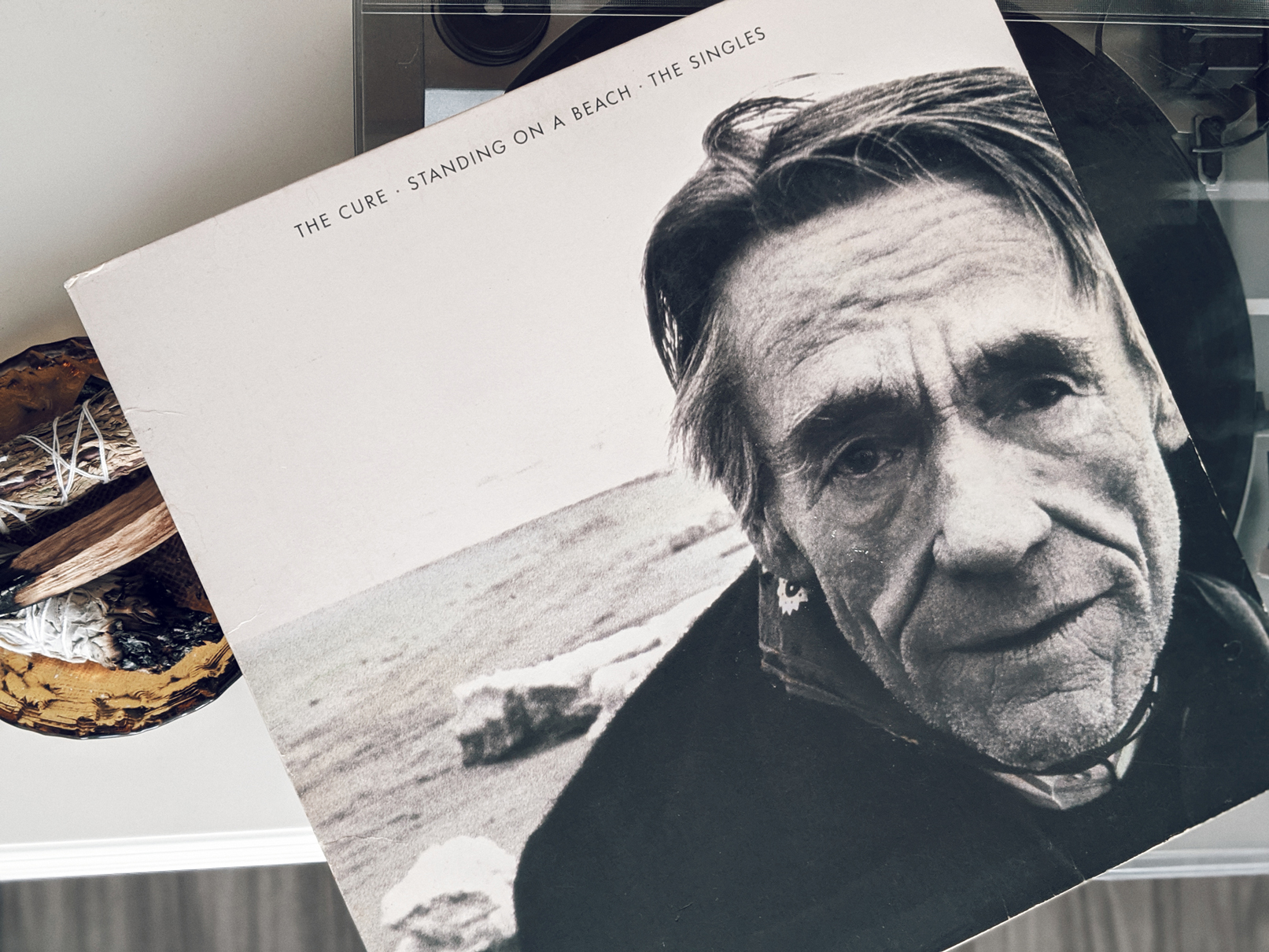 A Patrick Bateman-Esque rant about The Cure's creative influence on a moody teen in the early aughts.

"Staring at the Sea" was a pivotal album in my life for personal reasons. In the way anyone has a fondness for something that triggers nostalgia in them, this compilation album of The Cure's singles was my introduction to an iconic band. If there's ever a college course on post-punk new wave goth 101, this album would be part of the curriculum.

My experience with it began at the age of thirteen. I was a moody high school sophomore that detested television except for the AMC and IFC channels. I developed a strict after school routine of homework, followed by painting and reading anything Neil Gaiman wrote.

Throughout this routine, The Cure's "Staring at the Sea" played in the background on a loop. It was a burned CD* that I wore out and had to make a second copy of. Listening to these songs, locked in my candle-lit, collage-walled teen bedroom, I experience the most profound moments of Zen. While painting, the lyrics from each song were embedded in my brain word for word. Smith's lyricism, especially in "A Forest," spoke to me at a time when most teens (and adults now, frankly speaking) are consumed by feelings of isolation, loneliness, and dread.

The Cure's eerie and soothing atmospheric sounds resemble a solemn walk through the woods. Paired with a creative outlet, this album can be incredibly eclectic.

I cannot listen to a single song from this compilation without feeling a strong urge to paint. I can smell acrylic on a nylon-tipped brush and I can feel it drag on a rough canvas whenever I hear "Charlotte Sometimes." It's an album whose memory fills me with an urge to create.

Years ago, my roommate Scott came home with a crate full of records from a DJ friend of his who was doing a mass vinyl purge. He let me skim through the box to take whatever caught my eye. That gold mine included "Putting on the Ritz," the single by Taco, and "Standing on a Beach" by The Cure. By then, it had been years since I heard the album, and a wave of nostalgia caught me off guard. I stared at the cover and said, "Please. I need to have this."

I painted that night for the first time in years.

*The CD was called "Staring at the Sea" as opposed to the vinyl version titled "Standing on the Beach." This caused a brief Mandela effect when I tried searching for the collection in those early internet days with inferior search capabilities. "Staring at the Sea" also included the song "10:15 Saturday Night," which I greatly miss in the vinyl version. It's nothing a Spotify playlist can't fix.