Bye-bye Love: Eulogy to a Greasy Spoon and a Radio Station Era 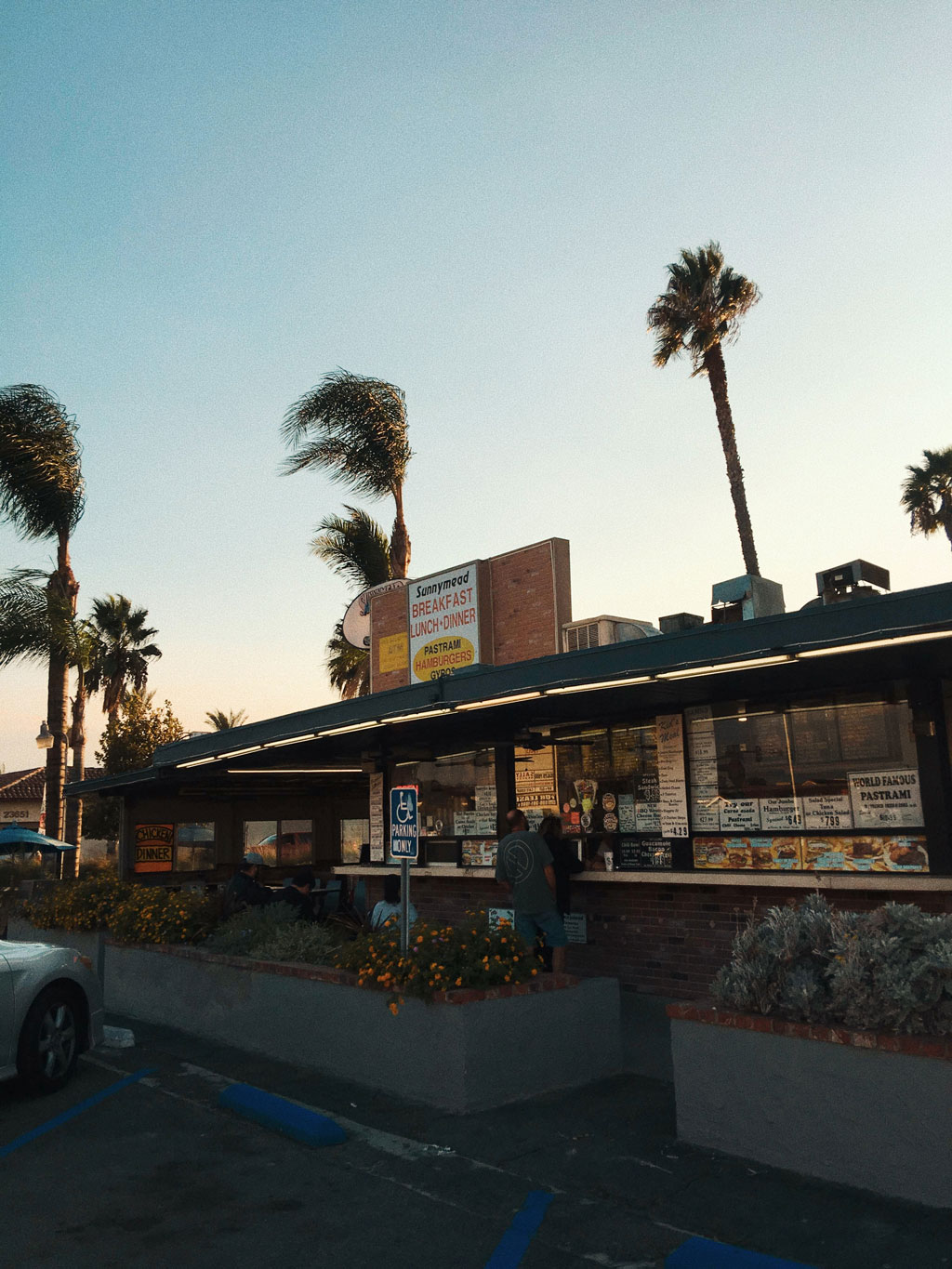 It’s 1997, around eight-thirty, and the summers are hot but not scorching. Still, it’s enough for dad to decide to drive the Tioga he borrowed through the Mojave at night.

This is the third year we’ve gone to that RV resort on the edge of the Colorado river. We stop by Sunnymead Burger before getting on the sixty east, and it’s classic car night in the parking lot. K-EARTH 101 plays “I’m Your Puppet” by James and Bobby Purify in the background. This is becoming tradition.

This was the last photo I took of the run-down drive-up that kicked off road trips and later served as a safe haven for high-school ditch days. As modern surroundings sprawled, Sunnymead Burger stayed the same. The corrugated plastic awnings yellowed, the chairs cracked, and the menu photos sunbleached with age.

The last time I visited was with my mom. She complained about my restaurant choice and said my nostalgia clouded my judgment. She told me over and over again that they had gone downhill, but I did not want to believe it. The fluorescent lights buzzed and gave the food a greenish tint. Midway through the meal, I took a bite of mom’s burger and realized the patty was missing. We laughed at her failure to notice, despite being halfway done with her food. On the way back to the car, I snapped one last picture to send to hometown friends I still kept in touch with. “Classic” was the throughline of their responses.

Months later, I drove down Sunnymead Blvd. only to see the old joint surrounded by a chain link fence with bulldozers in the parking lot. I swerved in shock.

To this day, I have a lifelong affinity for the greasy spoon Southern California drive-up. A dying breed of mom and pop restaurants that were a catalyst to fond memories of road trips and a lifelong love of Doo-wop, The Beatles, and Motown radio classics.

We are not always afforded the luxury of aging gracefully. Like this crusty old joint, our teeth will yellow, our bones will crack, and our skin burns with each passing sun. Recently, I was forced to accept “Hollaback Girl” as a new K-EARTH classic, and the bitter death of Sunnymead Burger stings just as much.

Rest in peace Sunnymead Burger and while I’m at it, OG K-EARTH 101, too. You are gone but not forgotten.

Standing on "Staring at the Sea"